Following on from the inaugural Towndrow Family Reunion in 1998, a small team of intrepid organisers decided that it had all been too enjoyable – and not nearly exhausting enough logistically – and set about the mechanics of a return match two years later.

So it came to pass that in July 2000, the warmth, sun and blue sky of Raton, New Mexico, were swapped for the rain-beset charms of  Derbyshire – the ancestral home of the Towndrows (at least, as best as we know at present). Over two evenings and three days, over 100 Towndrows gathered in the town of Matlock Bath to meet, share stories, visit family landmarks and stoke their genealogical fires.

The first day, held at the New Bath Hotel, brought together the native T’s with those visiting from the Netherlands, Canada and USA. There were speeches, introductions and exchanging of research.

The second day saw two coaches take us on a tour of the family strongholds of Ashover, Crich and Old Brampton, visiting churchyards and passing farmlands and family landmarks, the most interesting being the house where a Towndrow murder suicide took place in 1841. Lunch was taken in the town of Chesterfield (home of the church with the crooked spire). Samuel Towndrow was Mayor of Chesterfield in 1767, 1774 and 1778.

The evening brought a guided local walk and a gathering in a specially erected marquee to exchange stories and ancestral investigations. Graham and Howard T hosted us on their farm, and provided food, drink and family memorabilia.

The third morning wrapped up with more genealogical musings and many addresses exchanged. The centrepiece was Art’s printed version of the family tree, all 40 feet of it. 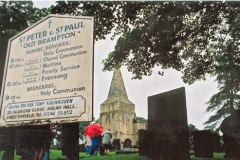 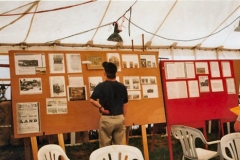 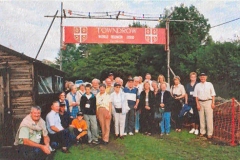 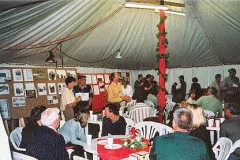 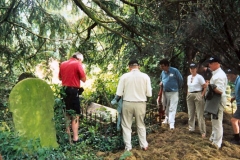 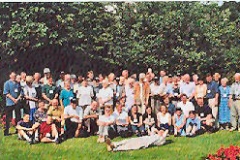 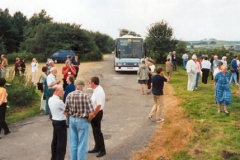 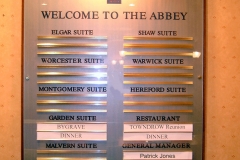 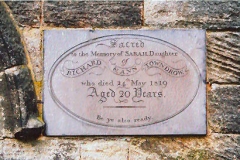 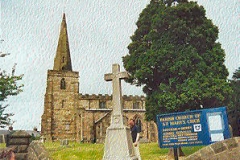