William Towndrow, speaking at his golden wedding celebration, recalled that when he settled in the Link in 1831 there was ‘a certain amount of ignorance and a certain amount of want’ which he considered he ought to mend ‘by endeavouring to supply the wants of the district’. There was no school and the parish church was three miles away. This was catering for a Link population of over 100.

Towndrow first obtained a license permitting him to hold nonconformist worship in his own house. Subsequently he engaged the interest of visitors to Malvern, a married couple who had benefited from the water cure [at St Ann’s Well in Malvern] and provided substantial financial help towards building a chapel in Worcester Road. This belonged to the branch of Wesleyan worship then known as Lady Huntingdon’s Connexion, and was opened in 1835. The chapel had a house and garden attached to it which was occupied by a tenant. The Trustees were William Towndrow and William Lewis.

The Link chapel was enlarged in 1861 but closed in 1903, and the congregation moved just a little way down the main street to a new building near the junction of Worcester Road and Pickersleigh Road, which has been known as the United Reformed Church since 1972.

Some years later the foundation stone was laid of a school next door to the chapel. This was the nondenominational British School; the fees were twopence a week for each child. By 1901 it had 102 pupils on its register and a staff of two.

The educational and ecclesiastical developments sketched above helped to raise social standards in the Link.

The first bank opened in 1874, William Towndrow acting as agent for the Worcester City and County Banking Company, later absorbed by Lloyd’s Bank.

William Towndrow, who influenced development of Malvern Link more than anyone except the 2nd and 3rd Earls Somers, was born in Derbyshire in 1802. After serving an apprenticeship he came in 1823 to Worcester, where he was employed by Alderman Fowler. In 1831 he removed to the Link and set up business for himself as a grocer and ‘bonnet maker’ i.e. a draper. He opened his shop, on the day of his wedding to Mary Ann Mears of Kempsey, in rented premises at Commercial House, Worcester Road. He throve sufficiently to be able to buy his shop and house and enlarge them to become Nos. 1 to 4 Commercial Buildings. These building still stand, though their usage has changed.

On the day of his golden wedding, Link residents presented him with an illuminated address, a clock and a Bible. He died in 1896 and was buried at Kempsey Church, a few miles away. It is ironic that the founder of a nonconformist church is buried in a C of E churchyard!

Two of his sons inherited the business at Commercial House, which was “Towndrow’s” in name only after 1908.

[In 1908 it was transferred to Mr C A Fagg who carried it on until his death in 1921, when his son Alan H Fagg took over. In 1964 it was formed into a private company, and Alan was succeeded by his son Michael in 1969. Michael tragically died and the business was sold to the Reeves of Solihull. It finally closed in June 1980.]

William’s youngest son Richard Francis Towndrow was an unenthusiastic and unsuccessful grocer but an eminent botanist. He taught the subject in local private boarding schools and contributed to the following publications; The Natural History of the Malverns, 1872; The Malvern Field Handbook, 1886; and The Botany of Worcestershire, 1910. Inside the Como Road entrance to the Malvern public library garden is a ginko tree planted in his memory.

The Towndrow Medal seems to have been instigated by the school in 1897 and presented to outstanding students. 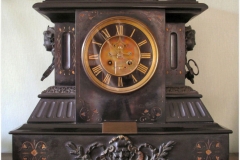 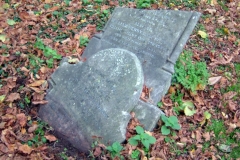 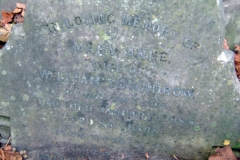 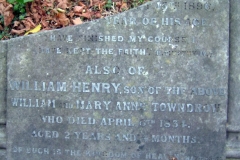 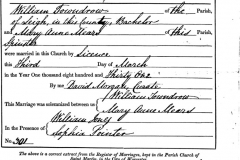 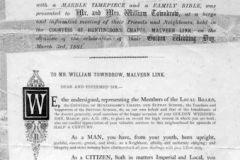 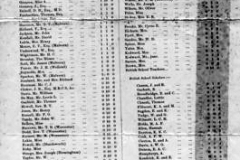 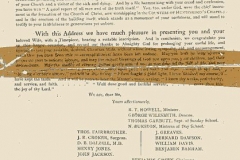 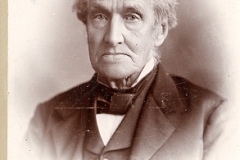 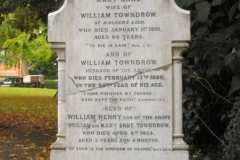 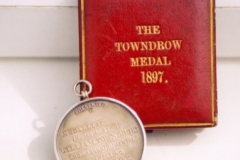 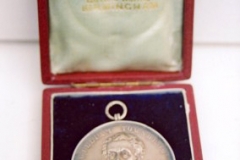