The Malvern Gazette published a tribute to Richard Francis Towndrow (1845-1937) on January 1 1938 which best relates the high esteem with which he was regarded in the community. The following excerpt is from that account which appears in a treasured archival volume compiled by one of his sons;

“In the death of Mr. Richard Francis Towndrow, which occurred at his residence, Ashville, Malvern Wells, on Christmas Day, Malvern has lost one of its oldest and most esteemed residents. Mr Towndrow, who had been in failing health for some time past, celebrated his 92nd birthday on October 29th last. He was a famous entomologist and botanist, and the senior member and at one time President of Malvern Field Club, in which he took an active part, being regular in his attendance at the Club’s excursions while he was able to get about. He was well read in the history of the Malvern Hills and had a wide knowledge of the plant life of the district.

Many years ago Mr Towndrow carried on a grocery and provision establishment in Malvern Link, of which he was a native, and was closely connected with St Matthias’ Church, holding office as Vicar’s Warden under the Rev. A. Day. On his retirement from business 26 years ago, he went to reside in the Wells, and served as Church warden under the late Archdeacon Walters and the Rev. G.K.M. Green.

A quiet and unassuming man, Mr Towndrow never took a prominent part in public affairs apart from his membership of the Hills Conservancy Board, on which he served for a number of years, retiring only a short time ago.

For a long time he was responsible for the arrangement of the wild flowers which stood in the entrance hall of Malvern Public Library.

For half a century he made a profound study of natural history, and flora in particular. He discovered numerous forms of rare plant life and placed his extensive knowledge and experience at the command of many who compiled and published data concerning the flora of the four counties. When Mr Carlton Rae produced, in 1910, his Addenda to the Botany of Worcestershire, Mr Towndrow’s was the first name in the list of local discoverers.

‘The Sagina Teuteri Briss, apetala, Malvern, Bickham and Towndrow,’ suggests another co-adventure with the late Mr Spencer Harry Bickham of Ledbury, one of his closest friends. In a later but useful work, commenced for the Malvern College Field Club, and issued half a century later as the Malvern Field Handbook, Mr C.E. Mackie in 1886 thanked Mr. R.F. Towndrow, who had given him very great help in making the list of flowers.

In 1872, Mr Towndrow contributed a series of papers on ‘Butterflies and Moths’ to the Natural History of the Malverns. His acute sense of observation was noticed during a joint party of the Worcestershire Club with the Malvern Field Club to Wyre Forest. The clubs met at Cleobury Mortimer, the birthplace of the Malvern Hills poet, William Langland, of ‘Piers Plowman’ fame. The report stated; ‘The environs of the station had not been quitted before Mr. R.F. Towndrow, of the Malvern Club, found two specimens of habenaria bifolia (lesser butterfly orchis)’.

The diamond wedding of Mr and Mrs Towndrow was celebrated in 1929 when they received the following telegram from the private secretary to King George V and Queen Mary; ‘I am commanded to convey to you both the hearty congratulations of the King and Queen on the happy occasion of your Diamond Wedding. Their Majesties trust that you may be spared to one another to enjoy the blessings of health and contentment for many years’.

Mrs Towndrow died three years later. One of their five sons is living in Canada. There are 13 grandchildren and three great-grandchildren.

A member of Malvern Geographical Society and Malvern Higher Education Committee, Mr Towndrow had been on of the Managers of the Link Church School, and also the Warrington Church Schools, Malvern Wells. He held an international honour as an Associate of the exclusive Linean Society, and had published three books containing a collection of poems. Years ago he lectured to various societies in the locality and further afield. His first excursion with the Malvern Field Club, which he joined in 1846, took place in 1859, when he was 14 years old. Addressing the Club in 1899 the Rev. F.K. Clarke said he believed Mr Towndrow ‘knew the habitat of every plant for miles around’.” 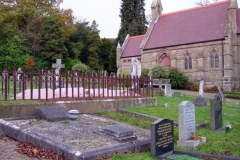 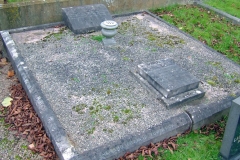 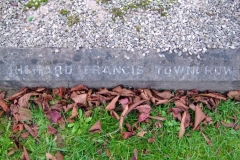 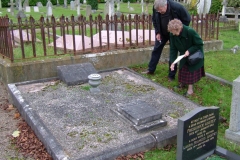 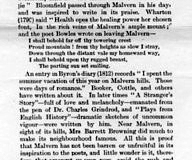 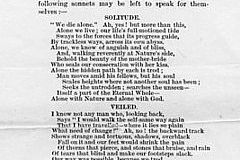 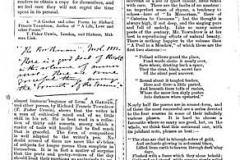 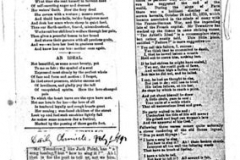 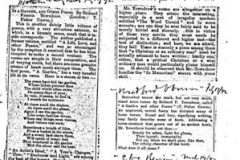 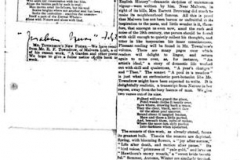 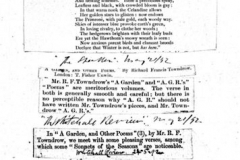 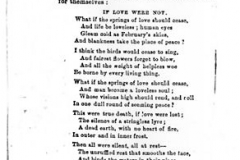 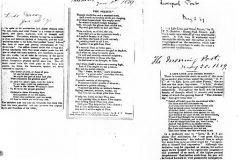 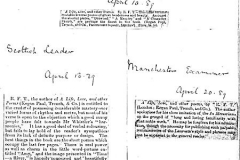 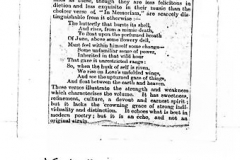 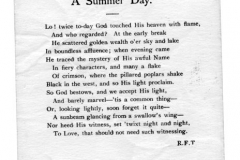 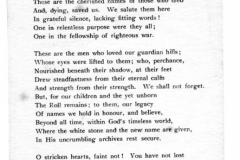 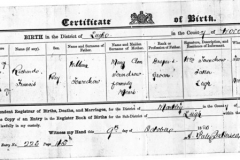 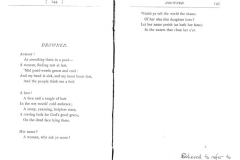 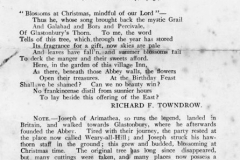