The 4th Towndrow Reunion on October 1st & 2nd 2005 brought members of the family to Worcestershire in the green heartland of England, and the picturesque Malvern Hills.

The name ‘Malvern’ is about 2000 years old, and derives from the words “Moelbyrn” or “Moel Vern” which meant “bare hill”. People have been visiting Malvern for the healing powers of its water since about 1622. Read more about Malvern here.

Three generations of Towndrows have lived in the area, beginning with William (b1802) who was a key figure in the community (see William Towndrow biography ) and Richard Francis T, a grocer by trade but a keen poet and botanist, (Richard Francis biography). Their legacy is still evident and the Towndrow name is still known today by some town residents.

Family members began gathering for the Reunion some days before the weekend, those from afar using the opportunity to explore the area. On the evening of Friday 30th Sep, some of us met at the Abbey Hotel for dinner – some re-acquaintances, some introductions.

On the bright sunny morning of Sat 1st, Towndrows began to gather at the United Reformed Church in Malvern Link, a location chosen for its resonance with William T and his founding of a Nonconformist church nearby in the 1800s. The very accommodating church staff allowed us to deck the building with the now-omnipresent printed Family Tree and material from the archives including photographs and articles. The adjacent church hall provided us with lunch and refreshments during the day and we are indebted to them for their hospitality.

The 48 confirmed attendees had all arrived by 10.30 and we kicked off with an introduction and welcome from Roy T the co-organiser. He outlined the importance of Malvern to his branch of the family and the contribution that Towndrows had made to the area in the 1800s. The microphone was then handed over to Art T, Ralph and Jim in turn, who updated us on the progress on mapping the family tree, particularly the linking up of the Australian branch which occurred after the 2002 reunion.

Peggy Brown and Art spoke about the Towndrow DNA project which recently confirmed a link between the two branches of the family (those descended from Benjamin & Dorothy and Benjamin & Anne). Results are currently pending for a more thorough analysis of the DNA of Peggy and Art’s families and this may help us to establish how much earlier in time we need to delve to establish the common ancestor of the two Benjamins.

The rest of the day was left over for the gathered family members to browse the memorabilia and the family tree records and provide updates and share their own information. We were pleasantly surprised by the unannounced arrival of two additional Towndrows – Melvin and his wife, who had journeyed up from Surrey.

That evening, many of us gathered again in the Abbey Hotel bar and then restaurant. We were visited by an even greater surprise and coincidence when a guest came up to our table, having seen the Towndrow name displayed on the event board at reception, and announced that she was a Towndrow by birth! We don’t take such omens lightly and will follow up with Jenny and hope to uncover new information and bring others into the fold.

Sunday morning was devoted to a coach tour of the Malvern area which took in both local landmarks and places of connection to the Towndrow family, including the graves of William and Richard Francis T. After an opportunity to walk on the top of the Malvern hills and lunch at the Malvern Hills Hotel, all were returned to Malvern Link at the conclusion of the weekend’s programme.

Below are some photos from the weekend. 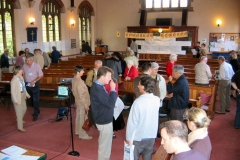 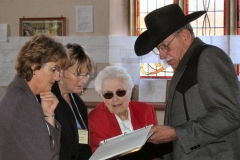 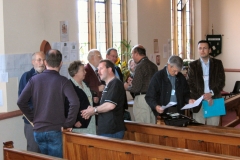 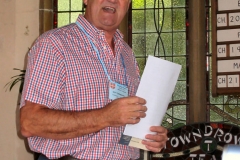 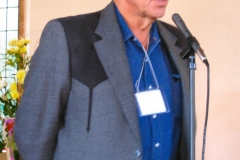 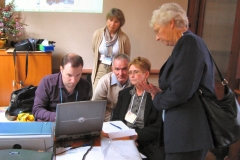 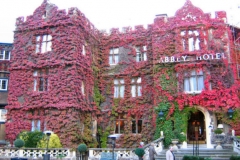 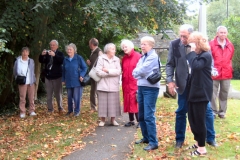 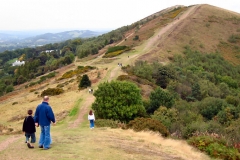 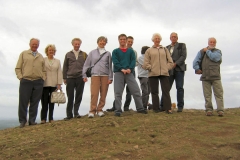 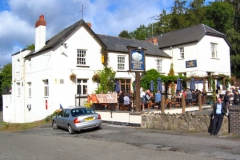 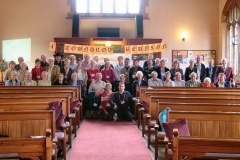