The 5th Towndrow Global Family Reunion was held in Australia during the 2007 October Long Weekend and it was certainly enjoyed by all those who attended.

The reunion activities kicked off with a number of Australian family members traveling from Newcastle down to Sydney on the Friday to pick up our overseas guests who had flown into Australia earlier in the week. We met our guests at their motels that were located in the heart of Sydney. Wonderful moments that we will never forget.

We then traveled to Sydney’s Christ Church St. Laurence and toured the church where Benjamin Towndrow and Rhoda Brooks married on the 5th April 1851. We were also fortunate to view the marriage register of Benjamin and Rhoda, as well as the baptism register of Job Towndrow, who was born on the 22 January 1853 and baptized on April 24th 1853.

During a tour of Sydney’s CBD, we drove past the suburb of Chippendale. This is where Benjamin, who was a carpenter by trade, lived with his wife Rhoda and their 3 children, Benjamin, Job and George. Unfortunately 2 of the sons, Benjamin and George died at an early age. Job later moved north to Newcastle and married Elizabeth Norman on the 22nd December 1875 at the St James Anglican Church, Wickham.

We then cruised from Circular Quay to Manly, which is situated on the northern shore of the harbour, on board the ferry “Queenscliff”. This is one of 4 ferry’s that travel to Mainly every half hour and it also happened to be was one of the ships that Glenn Towndrow help build during his apprenticeship at the State Dock Yard, Newcastle.

After visiting Manly Beach, we enjoyed lunch at one of the outdoor eateries in the mall. Later we cruised back across the harbour to Sydney, where we rejoined our coach and traveled north to Newcastle. Family members checked into their motel accommodation, “Warners at the Bay”.

On Saturday, we woke to beautiful Australian Spring day which saw 48 family members, who had traveled from all over NSW and also a number of Australian States including Queensland and Victoria as well as countries from around the world England, America and Singapore, come together at the Willows Uniting Church, Warner’s Bay NSW.

Guest speakers, Ralph Towndrow (England), and Art Towndrow (USA) spoke on the history of the Towndrow name, updated us with the current research strategies to resolve the link between the 2 Benjamin Towndrow’s dating back to the late 1600’s in Derbyshire England, and the Towndrow database that is available on the family web site. www.towndrow.info

During the day, family members shared stories and viewed the variety of items that were on display including photos, certificates, books and family heirlooms.

We were all able to find our names on the giant 20 metre long family tree that stretched across the back wall of the church and down each side. The family tree was printed out from the Towndrow Family Database that consists of over 3700 entries.

One of the Australian Families, who live in the Sydney, are direct descendents of Joseph (b1845). Joseph’s brother Benjamin (b1843) was the one who wrote the now famous diary “The Old Quart Pot”. Joseph’s father William (b1815) had a brother called Benjamin (b1807). This is the Benjamin who immigrated to Australia in the mid 1800’s and it was through the discovery of “The Old Quart Pot” in 2002 and the line “Benjamin went to Australia and died” that confirmed the link of another Australian Towndrow family back into England. Ironically, these 2 Australian families not only live within close proximity to each other, they are also closely related on the family tree. It was great to have both of these families attend the reunion as they had never met.

Saturday night we dined in the Alfresco Room, Warners at the Bay Tavern. There were many great stories told during the night.

On Sunday, we rejoined our coach and toured Newcastle, stopping at the Strzelecki Lookout, where we were fortunate to sight a large school of dolphins swimming by. We then enjoyed a private tour of Newcastle’s Christ Church Cathedral. This was the church where Jessie Towndrow’s parents, William Towndrow and Anne Thomas were married in 1912. The coach then headed to Nobby’s Beach. This is the beach where the bulk carrier “Pasha Bulker” had ran aground 4 months earlier during the June Long Weekend storm.

After lunch, on route to Newcastle’s main cemetery located at Sandgate, we drove thru the suburb of Wickham. This was the location of Job and Elizabeth’s family home back in the late 1800’s. The home was called “HALWRM” being named after their children. Herbert, Alfred, Leslie, William, Raymond and Muriel.

We also drove past the site where the BHP steel plant was once located. Oscar Towndrow, who was recognised for his many engineering achievements, designed the crane that assisted in the construction of the plant’s Blast Furnace.

At the Sandgate Cemetery, we visited a number of grave sites including a Towndrow family grave where Rhoda, Job and Elizabeth were buried. We also found Peter Towndrow’s father Leslie, grave site. Peter had driven 1000km down from Queensland earlier in the week to attend the reunion. Peter had never seen his father’s grave. Another one of the many special moments during the reunion.

We then drove back to the Willows Uniting Church at Warners Bay to enjoy Afternoon Tea and to wrap up of our 5th Global Family Reunion. It was sad to say goodbye to all of our family members. We did agree that we will meet again somewhere in the world in a few years time. It could be in Canada, England or even the USA……. 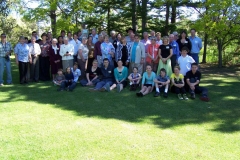 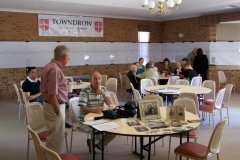 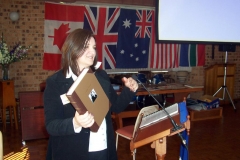 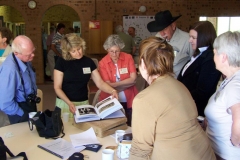 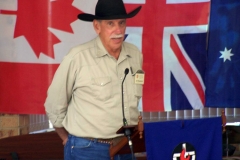 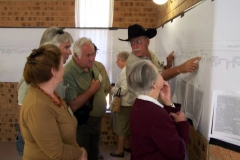 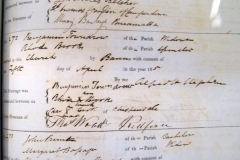 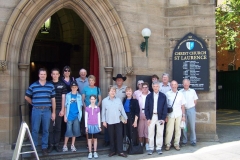 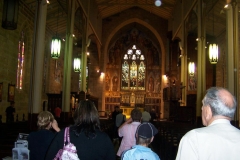 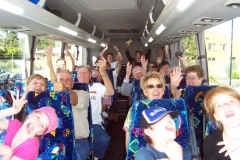 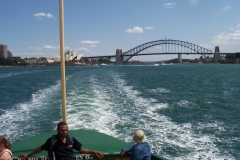 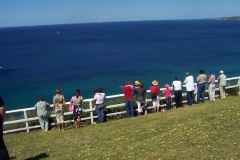 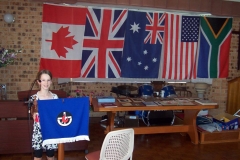 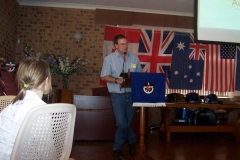 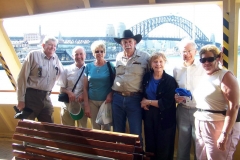 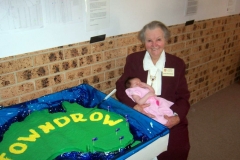 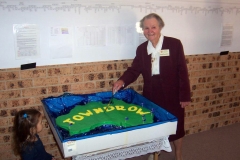 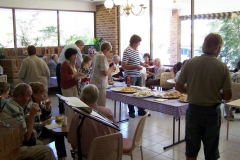 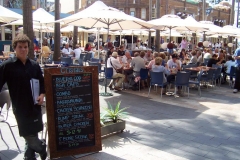 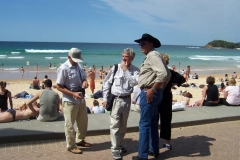